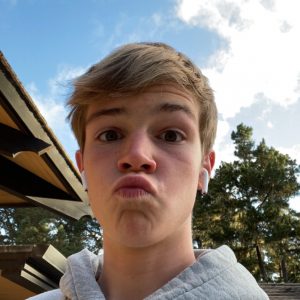 Marlon streams the show Fanta4 – he is from Germany and therefore does not only have a ton of cultural insights like the Autobahn or Wiener Schnitzel to talk about, but also some really fun stories. Based on his wide interests, he covers a lot of stuff in his shows, making it interesting for everybody (including you!) to tune in. Inspired by all these buttons and control-thingys that he still tries to figure out, his shows are full of energy and potential to make your day become the best of the entire week. In his free time, Marlon loves to try out new stuff (he participated in eight sports during three seasons, but each for a week or so) and is quite active. No matter if it’s golfing, running, or something new, he is always watching out for stuff to bring up in his radio show. His hidden talent is getting in trouble quickly — something else that frequently comes up in his shows and you don’t want to miss!

Shows
Fanta4
Fanta4 is streamed by Marlon (aka PreMalone), who talks a lot about… everything! No matter if it is the news, politics, or fun stories, you will definitely find the perfect content for you! Right next […]