One of the disadvantages of the current pandemic situation is that our show hosts are not actually doing their shows from our studio, so they are not there to answer the request line. In fact it’s rare when anyone is in the studio these days. We’re looking forward to when our student DJs are back on campus and broadcasting live again.

Hosts Jim DeRogatis and Greg Kot count down their favorite albums released in 2020. From blues to rap to dance pop to rock to alt-country, there was a wide range of great music released this year. Find out what albums took the top spots.

Airs Saturday, January 2 at 9am

Blue Dot celebrates Christmas with a repeat of the the look at the very first mission to the Moon—Apollo 8—which overlapped Christmas Day. Considered by most space historians as the most dramatic and bold mission of the entire lunar program, astronauts Frank Borman, James Lovell, and William Anders became the first human beings to ride the powerful Saturn V rocket, leave Earth’s gravitational well and see the backside of the Moon with their own eyes.

Airs Saturday, December 26 at 9am.

At 9am, tune in for an encore of our December 2018 production of the holiday classic, “It’s a Wonderful Life.” It was recorded before a live audience.

KSPB’s transmitter will be off between 10am and 3pm on Tuesday, December 15, 2020 so that workers can safely climb the tower for planned maintenance. Our livestream will still be available.

Airs Saturday, December 5 at 9am

The Keepers: Archiving the Now — a new hour-long special from The Kitchen Sisters and PRX with host, Academy Award-winner Frances McDormand. Stories of can-do people. Must-do people. Get-it-done people. People who are grappling with the now, with where we are and where we’ve got to get to. As the world we all knew unravels and communities begin to re-shape themselves The Kitchen Sisters have been gleaning, looking for those who have something to offer during these uncharted times. People who rebuild, restore, reinvent. Like Gert McMullin, one of the first people to put a stitch on the AIDS Memorial Quilt, who is now sewing masks for healthcare workers fighting Covid, using leftover fabric from the quilt. The Climate Underground, former Vice President Al Gore and food activist Alice Waters convene a gathering of farmers, scientists, soil visionaries, chefs, students, activists and policymakers on Al Gore’s farm in Tennessee contemplating the role of soil, food and regenerative agriculture in combatting the climate crisis. Youth on Fire: The International Congress of Youth Voices, founded by writer Dave Eggers — 137 youth activists from 37 countries coming together to form a global network of young visionaries. Louis Jones: Detroit Field Archivist, who has been building and caring for the largest labor archive in North America. And host Frances McDormand speaks of her new film, Nomadland, about the new nomads — itinerant workers living in DIY vans, moving across America. Striking stories of grit, hope and possibility.

Well, it’s Thanksgiving weekend, a holiday that revolves around family, football, and most importantly, food. So on this Afterglow special, we’re going to chow down on some food-related songs from the Great American Songbook. Ahead this hour, we’ll hear some odes to beans, cornbread, meat, and potatoes by some guys named Louis. Louis Jordan, Louis Armstrong, and Louis Prima, that is. Nat King Cole will also get in on the food-song fun. And we’ll hear a few songs saluting feasting together at home, sung by Kay Starr and Cab Calloway.

Airs Saturday, November 28 at 9am.

From WFIU in Bloomington. 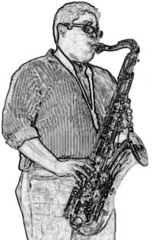